I have spent my entire working life looking for ways to support individuals who are trying to enhance the power of the powerless and rectify injustices and inequities across the globe. In the early 1990s, when I was living in Romania, the way to accomplish that aim seemed obvious.

Romanians were already bringing conversations about human rights out of their kitchens and into the public sphere. They were building brand new civil society organizations modeled after groups familiar to me as a budding American human rights lawyer – NGOs like Human Rights Watch, Amnesty International and many other smaller and more specialized groups in the West.

My chosen role, along with countless peers, was to help those individuals – first Romanian activists re-building their society after the fall of communism, then many others like them around the world. I collaborated with them to adapt advocacy strategies and practices from more developed political democracies to their own contexts: forging relationships of solidarity with counterpart organizations across borders, building stronger organizations as their nascent initiatives inevitably began to formalize, securing stable financial resources for their charitable activities.

Collectively, our efforts over the past couple of decades have resulted in diverse, global networks of civil society organizations that work with each other to achieve greater justice and social well-being. But the traditional models for organizing and financing that work have come under great pressure, as governments in country after country have taken aim at the financial underpinnings of global civil society, playing up a perceived lack of legitimacy for locally-based civil society initiatives that rely on foreign grants for their financial sustainability.

The entire international human rights system has come under pressure in recent years, along with the rest of the international order. Geopolitics has been affected by a rising China and shifting alliances among many countries. Resurgence of authoritarian tendencies and populist politics - from Brazil to Hungary - reinforces an emphasis on national sovereignty around the globe.

Yet, in the face of all these negative trends, there is much to be hopeful about. The values and the sense of shared responsibility among the individuals that I worked with back in the 1990s are just as present now among younger generations. They may start from different assumptions about how to connect people and undertake common action, but the ideals that motivate them are similar.

In Brasov, Romania where I spent time in the early 1990s, a 1986 worker uprising protesting Ceausescu’s economic policies had presaged a revolution three years later. The significance of that event shares common ground with the street protests that broke out near my home in Bedford Stuyvesant, Brooklyn after a policeman murdered George Floyd. Meanwhile, not far from Brasov, young journalists, documentarians and activists are currently mobilizing the Romanian public outraged by illegal logging activities that are decimating the natural habitat, while enduring beatings at the hands of the defenders of the status quo.

In their essence, organized human rights groups the world over act to protect vulnerable and politically marginalized people by harnessing social solidarity and human rights law to counteract power dynamics that get in the way of realizing their rights and protecting them from harm. But a critical foundation of support to organized human rights groups – cross-border charitable grant-making – has been weakened due to regulatory and political actions by governments that view that kind of support as a threat. As a result, it is imperative for those engaged in public actions to find new ways to ensure their longevity. 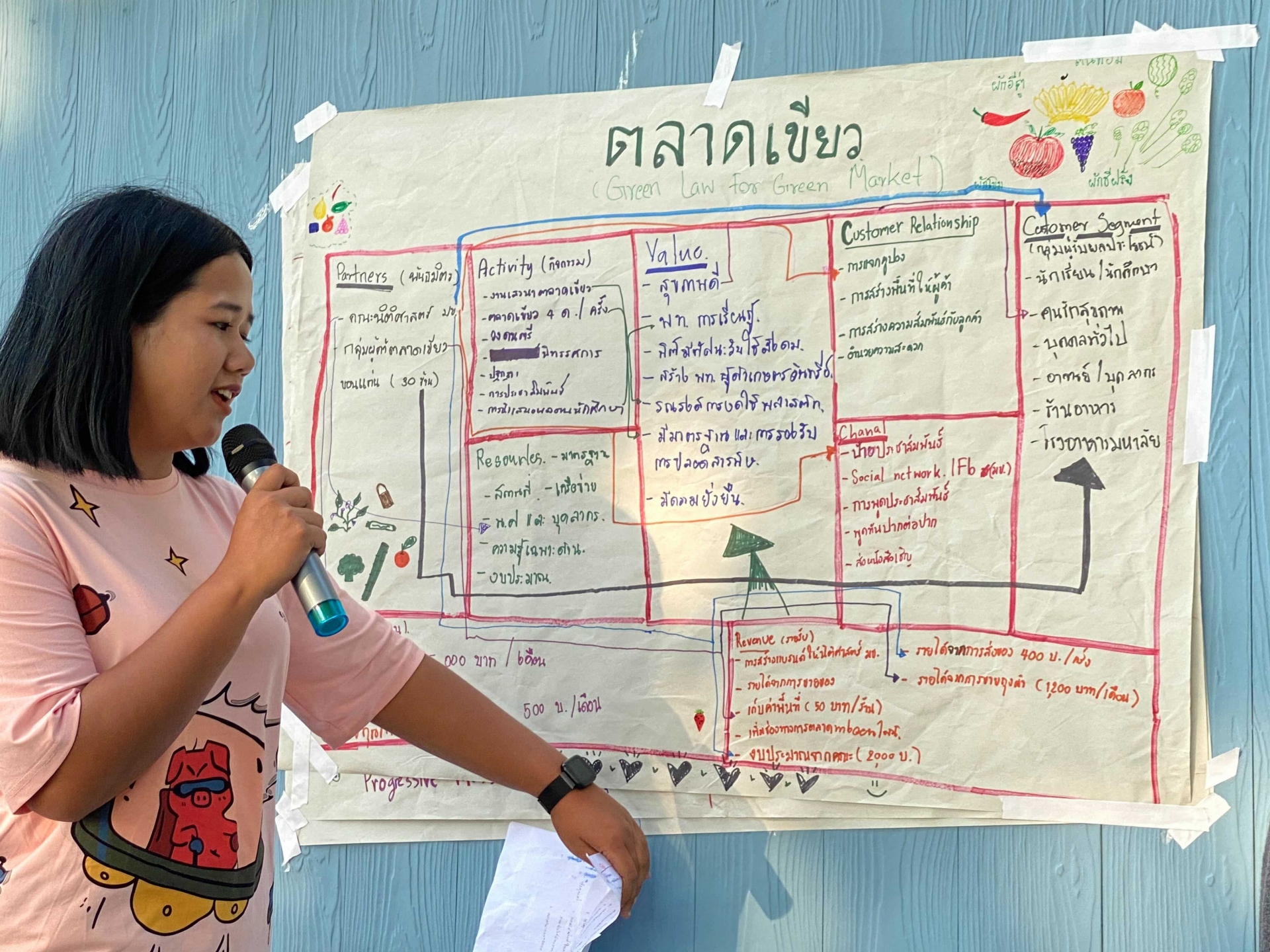 Regardless of the current challenges to traditional NGO-led efforts to promote and protect human rights around the globe, new generations are continuing the enduring struggle to hold power to account and to advance justice and social equity. Just prior to the pandemic, I had the privilege of spending a week with a cohort of young activists supported by Thai Volunteer Services, a Bangkok-based NGO. Together, we applied tools drawn from design-thinking and start-up planning, like the business model canvas, to imagine innovative structures and revenue models for accomplishing human rights goals.

The participants had spent the previous six months at paid internships with NGOs seeking dialogue in conflict-ridden South Thailand, protecting the rights of sex workers in Northern Thailand, organizing fisher folk in Eastern Thailand, and supporting a host of other human rights initiatives. Though the prospects for landing permanent grant-funded employment at a Thai NGO are slim, the young activists were inspired by the experience and remain enthused and energized at the prospect of navigating their own way to creating sustainable change.

At Rights CoLab, we aim to facilitate collaboration on civil society innovation to advance human rights. One critical way to do that is to document and facilitate new ways of organizing civil society – finding innovative structures and revenue models to make those efforts more resilient in the face of resistance. In doing so, we draw from growing trends in areas such as social enterprise, community organizing, and digital technology.

The “innovation” we seek is broadly defined to capture efforts that transform power dynamics to increase equity, inclusion, and agency, through a variety of strategies:

We are mapping those innovative initiatives to bring ideas and inspiration to other groups – especially those under threat. Our portal brings attention to those who are developing creative, new approaches and provides practical guidance for anyone looking beyond cross-border grants to sustain their human rights efforts.

If we want to keep the struggle going to improve human rights, we need to develop new programs and practices that help individuals like the young Thai activists I met to continue on their journeys. That’s where hope lies for the future.

The NHRF invites different actors within the human rights field to contribute on this blog. The opinions expressed here are those of the authors

All photos are provided by Edwin Rekosh/Rights CoLab.