“We want to see more human rights defenders named as key stakeholders – they are the ones most at risk” Mary Lawlor, UN Special Rapporteur on the situation of human rights

During her visit, the Special Rapporteur participated in a panel discussion arranged by the Norwegian Human Rights Fund and the Norwegian Centre for Human Rights. The panel, discussing Norwegian and international support to human rights defender, also consisted of Idil Eser - human rights defender and former Secretary General of Amnesty International Turkey, and Claire Hubert - Deputy Director of the Section for Human Rights, Democracy and Gender Equality, Norwegian Ministry of Foreign Affairs. Professor Peris Jones from the NCHR introduced the panel with welcoming remarks, and NHRF’s Executive Director Ingeborg Moa moderated the panel.

The panel addressed several trends in the human rights situation globally, which some of the NHRF’s grantees have reported on. One of NHRF’s grantees in Thailand, highlighted the crucial role of local organizations, who have been better equipped to respond to crisis than international organizations, especially highlighted during the COVID-19 pandemic. While international organizations have been affectd by travel restrictions and funding issues, local grassroots organizations have continued providing critical services. Other examples – of mass surveillance and spyware used on human rights defenders in the Middle East were also noted. Special Rapporteur Lawlor acknowledged this, but reminded the audience that attacks and threats against human rights defenders have been commonplace for years: 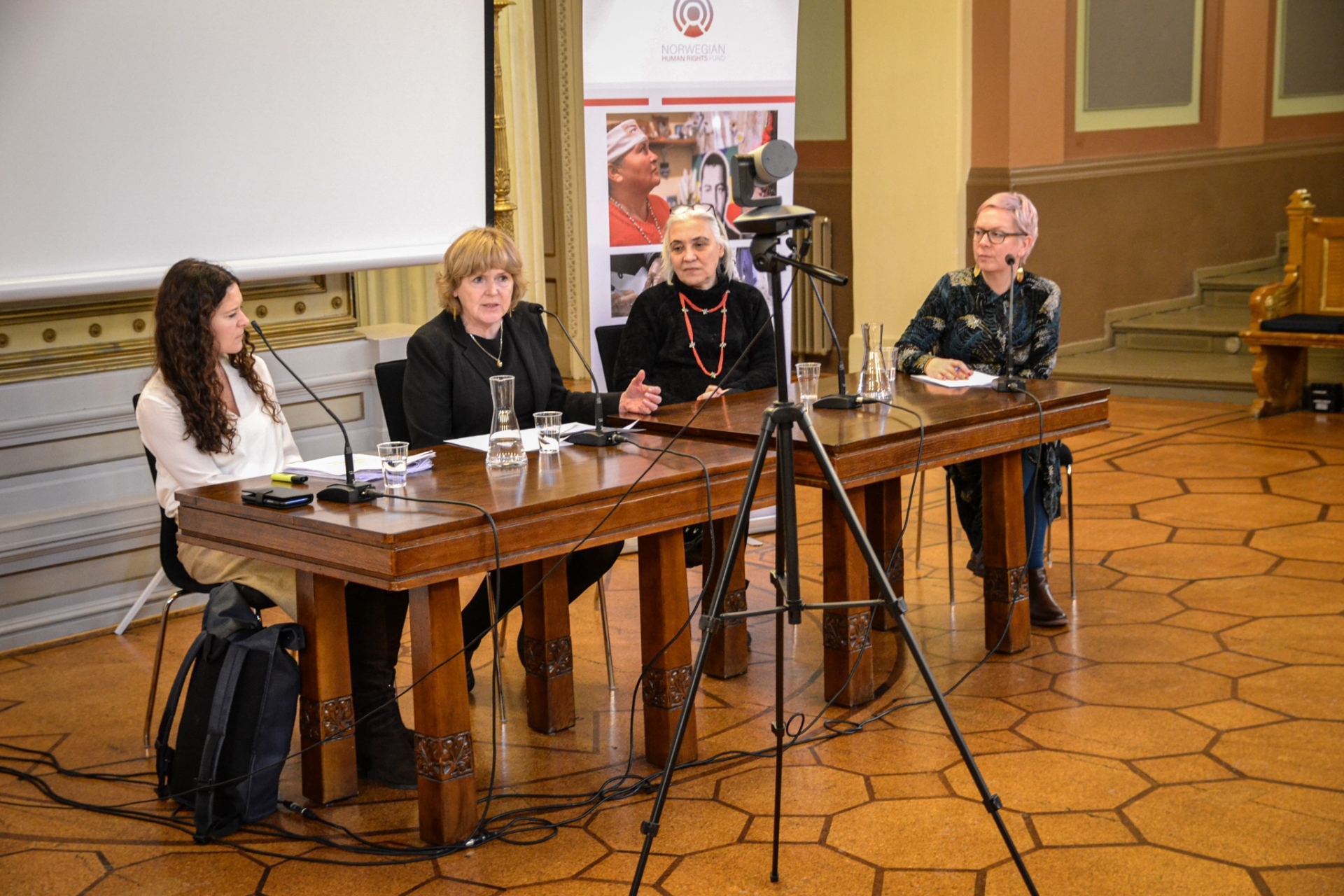 “In a way, I don’t like the word trends, because the same sorts of attacks have been happening over the years […] It’s not a trend, because it’s been around for a long time” Mary Lawlor, UN Special Rapporteur on the situation of human rights

Claire Hubert from the Norwegian MFA also noted that we need to recognize the trends, but also what is stable and continuing. She also brought up some reflections from the work Norway has put down on the resolution on human rights defenders, which recently was adopted by consensus in the UN General Assembly. “The consensus means that it gets public recognition, that the United Nations acknowledges that our work is legitimate”, Hubert said. 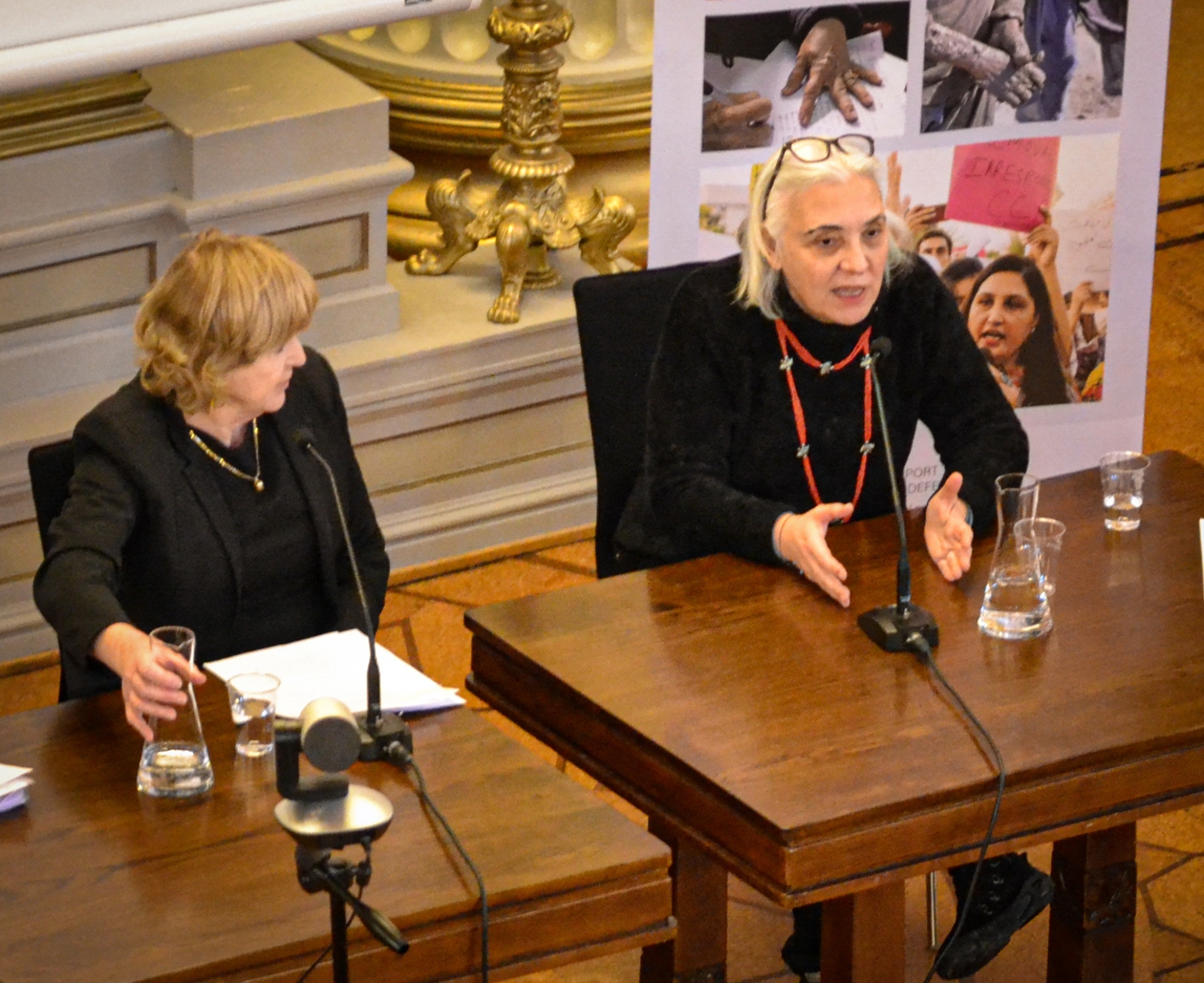 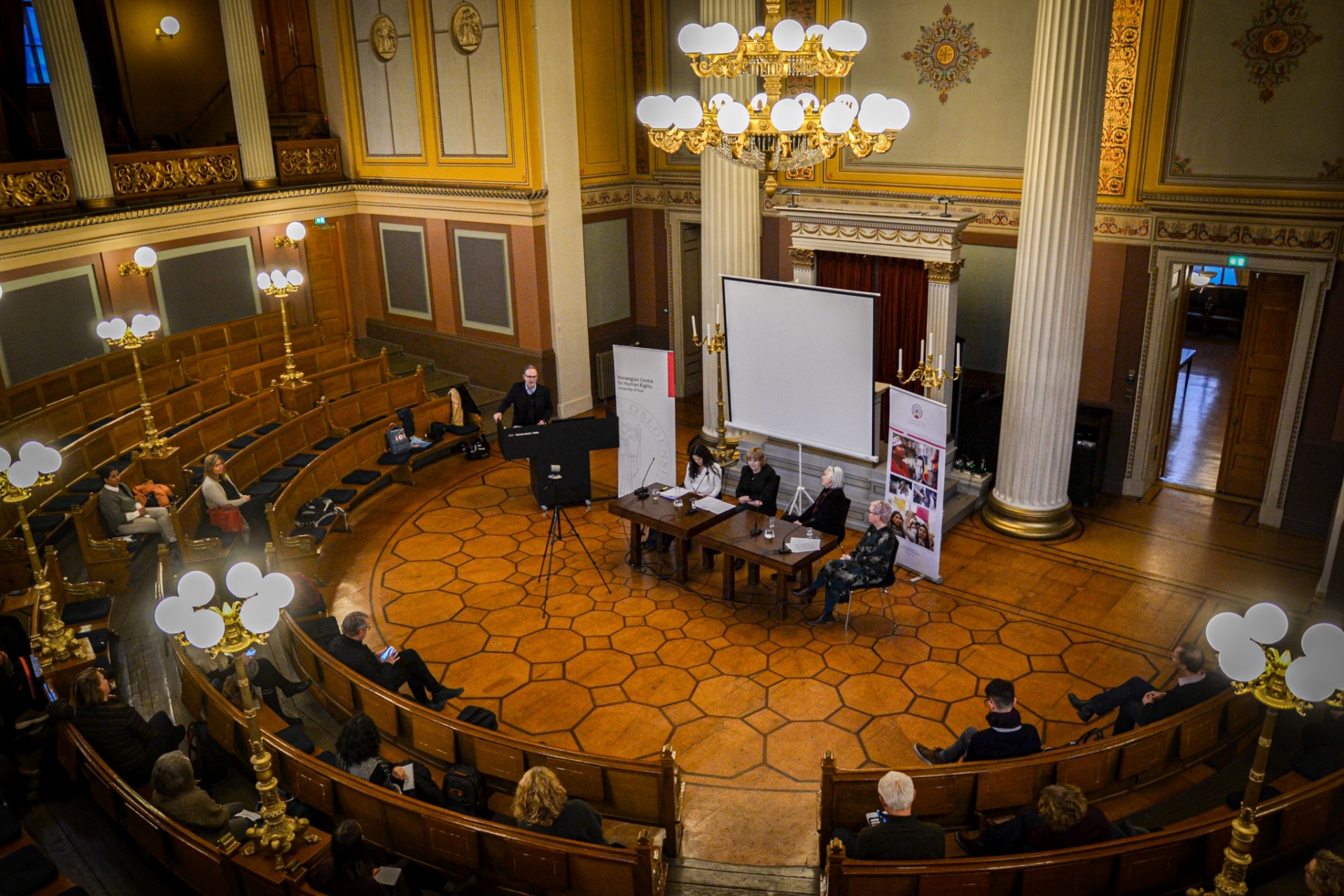 In addition to the panel discussion, the Special Rapporteur participated in several meetings and seminars during her visit in Oslo, such in an event with the Ethical Trade Initiative Norway on the importance of businesses including human rights defenders in their due diligence work.